Audio introduction by the Author / Researcher / Collector below. 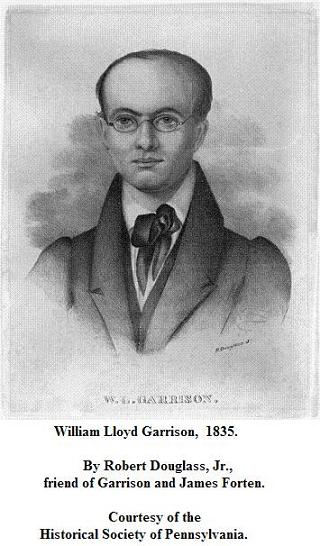 This is a collection of items which appear in THE LIBERATOR, a Boston-based Abolitionist newspaper, published under the editorship of William Lloyd Garrison, who lived from 1805–1879.

The assembled items represent only a tiny portion of what appeared in the 1,803 editions of the paper, published weekly from 1831-1865. . The source of the collection has been Garrison’s copies of THE LIBERATOR., access to which has been granted and facilitated by the Boston Public Library,  Rare Books.

Study of the Abolition Movement, led me to William Lloyd Garrison, and a desire to know him better. I want always to learn more about him, and to learn from him. So I was driven to THE LIBERATOR., to his own copies of the newspaper, where the privilege of touching and turning those pages has brought many surprises and much inspiration.

HERE IS WHERE TO LOOK

Photo Gallery — Over sixty pictures, including persons significant to the Abolition Movement,   political cartoons, and places important in Garrison’s life.

Articles — Over twenty articles by the collector, expressing a personal perspective on Garrison.

The Site Directory      Here you will find Garrison’s Best Lines/Headlines,  a collection of items selected by personal interest, which provide “snippets” of items which appeared in the Liberator, and reflect insights into the thoughts of Mr. Garrison as he edited the newspaper.